A note from me: The public value of regjeringskvartalet / Christoph von Mach and Lars Goossens (Oslo)
The original design of regjeringskvartalet shows an open, public, democratic and, most importantly, social space. A place without fences, with visual and personal contact between citizens and government employees, with public squares and free circulation through the area.
Taking up the ”grassroots approach” of the exhibition, we wish to enrich the ongoing dialogue about what regjeringskvartalet could be. We are looking for shared values.
You will find pens and post-it stickers. You are welcome to draw or write on the stickers and then place them somewhere within the mural. Describe your feelings and wishes, elements, social events or collective qualities you would like to see come true in the future version of regjeringskvartalet.
Photo: Luismi Romero.

Studentblokka / Kollaboratoriet (Oslo)
As a symbol, Høyblokka exists in a state of narrative limbo. It is part of a story, but a story which is not yet known. Its meaning will be determined by what happens next. It would be easy to fill Høyblokka with guarded offices and locked doors – as easy as it would be unacceptable. Given the role of this building today, we realise the inherent futility of pursuing utopias – we are not faced with poor alternatives, but with their complete absence. Finding a program that carries sufficient weight to coexist with the symbolic content of the building, that provides socioeconomic value and revives the surrounding public space are the main challenges. Student housing is one such program.
Kollaboratoriet: Anna Andrea Vik Aniksdal, Jørund Bjørlykke, Marte Bruvik, Fredrik W. Owesen, Sindre Wam.

Arne Garborgs plass 1940-2020 / Superunion Architects, with Martin Braathen and Even Smith Wergeland (Oslo)
This project is a vision of what the Arne Garborg’s Square in Oslo could look like in an immediate future – if we choose openness and public life over security issues.
From 1940 and into the sixties, Arne Garborg’s Square was an open square in front of the main fire station and a much frequented space between the government quarter and the Deichmanske Library. In the middle of the square was a green area with benches and a fountain. There were stairs leading from the square and up to the library.
Arne Garborgs plass 1940-2020 looks at restoring Arne Garborg’s Square, and preserving the Y-block. Uncovering the original ground level will contribute to re-activating this urban space.
This project is a further development of “Echo Chamber”, originally created for We are Living on a Star at Henie Onstad Art Centre.

Is an urban integrated government complex possible? / Transborder studio (Oslo)
The discussion of the rebuilding of the government quarter in Oslo following the 22nd July terrorist attack has largely focused on the preservation or demolition of Høyblokka. A major question that emerges is how a unified and compact government complex, with strict safety requirements, can create a better environment for the city’s inhabitants. Is a city-integrated government complex of almost 200 000 sq.m. even possible?
We suggest building not one, but a series of smaller government blocks organized along a new urban space defined by the Ministry of Finance in the south and a transformed Deichmanske Library in the north. Located within this generous space are Høyblokka, the 22nd July Memorial, smaller meeting spaces, green spaces and a new public square with an adjacent new Centre for Democracy.
Team: Øystein Rø, M.Arch. MNAL; Espen Røyseland, M.Arch.MNAL; Filip Loguin, stud.arch.

Phantom Pain / Kaleidoscope (Helsinki/Bergen)
A Visit to the Doctor – A play in 3 acts
The play is situated in the city of Oslo, Norway. It is early 2014.
A violent incident with devastating consequences has occurred. Many were wounded, many experienced loss.
While this play is being written, the victim is still covered in plastic and its future is unresolved.
Høyblokka embeds many references, but after the terrorist attack it has become an ambiguous symbol.
We are in the position to charge this symbol with a new meaning.
Team: Tone Berge, Emmi Keskisarja, Silje Klepsvik, Miia-Liina Tommila; Vegard Aarseth (illustrations); Tilde Broch Østborg (medical doctor).

COPY+PASTE / ZAMAAS, Marianne Zamecznik og Øystein Aasan (Berlin)
ZAMAAS’ proposal is to build an exact copy of the outer form of Høyblokka, placed at an angle to the existing building. This duplicating of the block exposes how our relationship with the government complex has changed, and how this change is meaningful in itself. The ideals of equality that Høyblokka represents are more important in our time than ever before.

Can Høyblokka be preserved in the embrace of a new building? / Lund Hagem Arkitekter AS (Oslo)
Our proposal shows Erling Viksjø’s concrete building preserved and protected within a volume of new, open and light office spaces. The protected concrete building – the old almost untouched by the new – is used as a central zone for circulation, lounge areas and meeting spaces. Our proposal is just one way of preserving and reusing the existing building, trying to combine preservation and effective new use.

Consciousness, a massive mobilization for Høyblokka / Alex Perret and Ugo Ribeiro, architectes DE (Lyon/Oslo)
This dramatic fiction tells the original story of Høyblokka.
Even if the debate around Høyblokka is still bogged down, the inhabitants of Oslo stay tuned. There are two opposite positions: The first is to keep Høyblokka as it is now. The second is to tear it down and build something new. But are we able to build something which can fill the void that a demolition would create?
Conscious of the architectural, spiritual and moral strength of Viksjø’s building, the inhabitants of Oslo will give Høyblokka back the symbolism it always wanted to embody: “A social democratic building”. Tired of the current situation, together they decide to cross the mental boundary and fulfill again the aim of this place, by giving it life without forgetting its deep history.

Encounterings / Toni Kauppila (Oslo)
How can an architectural scheme operate simultaneously with the enclosure it constructs and with the events it stages, and in the era of 21st century government? The approach is to interweave urban activity into the built environment in order to celebrate the presence of diversity and human interaction towards collective learning.
The proposal introduces a new forested green area, that both operates as an urban carpet and as a space to be occupied. The landscape extends to the whole ground level of the site, but also to the rooftop of Høyblokka. This redevelopment suggests a public surface that folds from the ground level and up, enabling multiple entrances at different levels. The system of ramps stitches the damaged facade together by a flow of people, the users and visitors of the building.

Y not? / Framifrå Arkitekter (Oslo)
Y-blokka has been talked down and given little value in the debate so far. Through our contribution we wish to discuss and enlighten the debate about the qualities Y-blokka represents, both in itself and in relation to the city and its immediate surroundings.
It is claimed that Y-blokka is less space efficient than a high-rise building. But relative to the areas they occupy, Y-blokka with its 13,000 sq.m. and Høyblokka with its 15,000 sq.m. are approximately equally space-efficient. And adding 15 floors to Y-blokka will alone cover a quarter of the government´s future space requirements.
The surrounding urban spaces are also of great importance. With its three arms Y-blokka generates three generous urban spaces. At the same time the Picasso facade makes a strong connection to the Parliament building on Karl Johan.
Team: Grethe Løland and Sondre Gundersen.

Proportions, Beauty and Potential / Jonas Gunerius Larsen (Oslo)
TASK: Contributing something new
CRITERIA: Emphasizing the character of exciting structure
RESULT: Space between grids
Perspective: 80 x 60 cm. Print and graphite on paper, collage.
“I gave myself a simple task: “Contribute something new to Høyblokka”. And what a starting point this building is. The grid. An architect’s dream. The result was a new space stretched through the centre of the building. A pause in the grid. The form and proportions give the building its character. Extending this characteristic, or exaggorating it, happens automatically.”

Y-blokka som Y-rune / Petrine Vinje (Oslo)
The sculpture “Y-blokka som Y-rune” is made out of three parts: a connected wooden structure made of sticks of spruce, combined with a rope of wool (from spælsau sheep), nailed to the wall. The wooden structure is leaning into the knot, and tilting slightly into the air.
The sculpture is small in size, a fragile outcome of thoughts on the national identity of Norway, using the Norse language of runes to raise questions about popular movements and belief in the collective.
Runes are misused today by a number of identarian movements and have become a symbol for the Nordic. Runology as a science assumes a technical and formal reading of the runes as letters, where each character has a specific sound value.

National archives – a building is more than a building / Leila Maitia (Buenos Aires), Agathe Monnet and Erlend Strønstad (Oslo)
A building is more than a building. It keeps the marks of its histories and frames the creation of collective memory. A traumatic moment needs an exceptional reaction, but destruction is not a viable option.
This proposal re-uses Høyblokka as a space for national archives. It is important that historical documents are accessible to everybody, and this building, with its memory, monumental space, and central location is an ideal place for containing the ongoing history.
A mobile archive system would be distributed along the facade of each floor. It would shape an introverted space, where people can discover and discuss. A path of public stairs intersects with each floor and connects the street level with a public plaza on the roof.

On 22nd July 2011 a terrorist bomb exploded in a truck parked outside Høyblokka, the main government building in Oslo, which house the offices of the prime minister. Eight people were killed by the blast, and the terrorist, a lone gunman, went on to massacre 69 adults and children at a Labour party summer camp at Utøya, north of the city. It was the deadliest attack on Norwegian soil since the Second World War, and traumatised the entire nation.

With the events of 22 July Høyblokka became a national symbol. The ensuing dispute about the future of the damaged, but basically sound structure has since polarized in two directions: preservation or demolition. In December 2011, Arkitektur N, the Norwegian review of Architecture, took a stance against this polarization: “It is our social ideals we need to work with, not just in some architectural form, but in how we move forward, how we treat the Government Building”, said Einar Bjarki Malmquist. “This excludes neither demolition nor restoration of all or part of the building. But it excludes a decision taken on purely practical or economic grounds.”

Arkitektur N and 0047 believe that it is high time to channel and enrich further debate. We invited architects, artists and the general public to sketch their respective visions for the government district. The result was exhibited at 0047, and a selection is presented here.

How do we deal with the past? With harmony or aggression? Read an interview with Sverre Fehn from 1989 here.

"Høyblokka Revisited" is an initiative by Arkitektur N and 0047. The exhibition at 0047 was shown from 27th March to 11th May 2014.
Ingerid Helsing Almaas, Editor-in-chief, Arkitektur N
Markus Richter, director, 0047

0047's blog has a full presentation of all the Høyblokka Revisited entries. 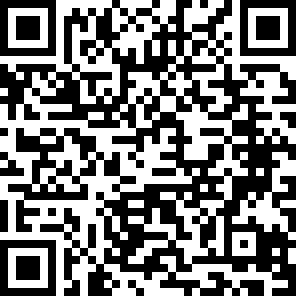 Previous in Other Stories:
COAL

Next in Other Stories:
SHELTER