Ragnar Pedersen is curator at Hedmark Museum, Hamar and professor of ethnology at the University of Oslo.
Kirsti Krekling is curator at Maihaugen Museum, Lillehammer.

Architect Sverre Fehn (1924-2009) worked actively with stories both in and around his projects. In 1989 he talked with Ragnar Pedersen and Kirsti Krekling about different ways of engaging with the past. – The worst thing is indifference, says Fehn.

The Hedmark Museum in Hamar opened in 1974, but Fehn continued to work on the project through several stages until the last pavilions were completed in 2005.
In this interview from 1989 he discusses his work with the medieval ruins and the museum barn. Parts of the interview were published in Museumsnytt the same year, but parts of the conversation have never been published.1
Fehn’s tenet that “you can only speak with the past by manifesting the present” is well known among architects, but is perhaps commonly seen in the context of the Venice charter, which allows contrast rather than copying in relating to buildings from the past. It is easy to imagine that be “manifesting the present” Fehn referred to letting a modernist architecture coexist with historic remains.
But Fehn goes further, much further, in this conversation, and speaks of aggression, a necessary aggression, in dealing with the past. Arkitektur N are pleased to be able to bring Fehn’s thoughts to a wider audience.

"You do not enter a museum to experience harmony. You go in to protest against bad paintings. Often you can find it revolting. But you are put in position, it makes you a living human being, and you can take a stand and relate to yourself."

Ragnar Pedersen: One of your elements in the Storhamarlåven museum barn seems to provoke many people: The great ramp that curves out above the yard. People seem to think it ruins the space. … We are very fond of the ramp, because its presence ensures that the ruins below are not just remnants of the past. But certain conservationists have said that you are cutting into the memory.
Sverre Fehn: If you reconstruct the buildings in your imagination, then the ramp will cut through that imaginary world that they supposedly represent. In that way you could say that it is brutal or aggressive.

RP: That is an interesting expression, which also raises a philosophical question: Whether aggression is something negative. Should everything in the museum be in harmony? Or is it possible that a museum is something aggressive?
SF: Yes, or you could say it’s something active. I may be bringing it to a point, but I see museums as an aggression into the present, or posing the past against the present. There is no harmony. This is a violent thing, which we struggle with. But the greater your aggression towards it, the more you are in harmony with the past. It may sound absurd, but it has to do with human creativity. The worst thing is indifference, harmony the second worst. You can never really reach a harmony. You could say museums should show a greater aggression. An aggressive attack on laws and everything. That would set off a dialogue, and you would visualise the ruin, and give it a value. Something you can take a stand towards.

You do not enter a museum to experience harmony. You go in to protest against bad paintings. Often you can find it revolting. But you are put in position, it makes you a living human being, and you can take a stand and relate to yourself. The achievement of the object allows you to start to discover yourself, that is the essential thing. Your own worth, based on rejection and on love. Well, it’s not only love – powerful things can happen in a relationship.
RP: I think that brings us to the core of what a museum is. A lot of museum experts see the museum as a place of harmony. And if they don’t, they see it as an opportunity to influence people, for politics, which is actually very quickly out-dated. But it will never inspire that dialogue with oneself.
SF: No, it won’t. And the value of museums is in that dialogue. I am a man of museums; I live in museums when I travel. I have no other places, I don’t go clubbing… I mean, that’s where you are. And in museums you have a lot of conversations with yourself.
RP: So in the design and technology of museums, we need to avoid indifference?
SF: The worst thing is indifference. Aesthetisation, you might say. That is a dangerous word, but things can get too pretty. Have no expression of their own.

"I see museums as an aggression into the present, or posing the past against the present. There is no harmony."

RP: There are two main point to you are saying. The museum gives you something that is missing in our present time, a time of shifting values. You get something timeless, and you get something aggressive.
SF: You are made conscious. You are given a value yourself, as you meet harmony or aggression. RP: Perhaps that is why museums are so interesting?
SF: Perhaps. You don’t get the same in a religious situation, for example.
RP: Religion today is weakened. The museum is the only remaining place in today’s society where you can face yourself. That’s why it needs to be aggressive, not indifferent.
SF: This is where modern architecture can unfold itself. After all, this is about creating an environment for people. People are attracted by the spaces that you create around the objects. If you have an object, you create the space that you think that object needs. That attracts people, if it is successful they want to go in and take a look. People come to look and to experience the harmony or aggression of that story.
It is like entering a world where a huge story is being told. If you have a bullet, you may think of war. But if you meet the bullet or the weapon like that, we have actually made a weapon that can eliminate all life. Which is the total victory of materialism, it doesn’t touch the objects. If that bomb, which is so successful, explodes, the only thing remaining on earth will be objects. No life, if you see what I mean. The objects will make it, and you are left with a material universe that continues to spin.
The largest museum is the globe itself. The best conservationist is the globe itself. Wonderful. But suddenly we have the capacity to make the earth into a total museum; only it will have no visitors. That’s what I call perspectives.

The text is an excerpt of the original transcription, translated from the Norwegian by Ingerid Helsing Almaas. The few editorial corrections have been approved by Kirsti Krekling.
Scan this story for the road 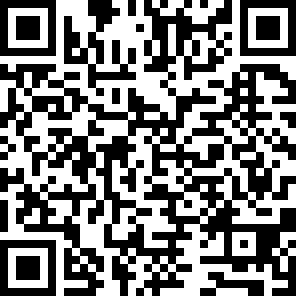 Previous in Histories:
"Imagining a future"

Next in Histories:
"The monument is a way forward"