Raja Moussaoui Raja Moussaoui trained as an architect and works as a designer and journalist, telling stories about design, city building, and the social impacts of both. She is the co-creator of In-Context, a national video series and online publication on Canadian architecture.

The new Ryerson University Student Learning Centre is “a beacon for the university”, says Raja Moussaoui.

Toronto. The students who occupy every corner of the new Ryerson University Student Learning Centre take to it like ducks to water. Their fingers move instinctively over digital screens to book group meeting rooms; they crash down into bean bag chairs and flip open their laptops; they casually drop buzz words like 'collaborative space' and 'engagement,' with practiced ease and confidence.

They are echoing the language that flashes across multiple display monitors in the building's sleek, industrial entrance lobby-slash-public amphitheatre-slash-cafe, encouraging them to apply for jobs as facilitators, consultants and ambassadors. Playfully animated graphics advertise workshops on 'leadership in social change', and a start-up school that promises to be a 'passport to innovation.' Dressed in matching t-shirts, dedicated staff members circulate through the building, trained to answer questions, give tours and take suggestions for upcoming events and improvements.

Instead of pursuing an institutional form of education, favoured by some of the more established universities in the country, Ryerson has leap-frogged ahead to serve an exceptionally diverse student population and to keep pace with the digital age. At every step, in every detail and design gesture, the Student Learning Centre (commonly referred to as the SLC) communicates Ryerson's inclusive, entrepreneurial and technology-driven brand. This place is about the future, it's about the city, and it's about change.

The majority of Ryerson students commute to the downtown campus each day from the far reaches of Toronto's city region, arriving by subway to one of the busiest and most commercialized city blocks in North America. Many are first generation Canadians or new immigrants, drawn to the job-ready approach to education that has endured through Ryerson's transformation from technical institute to university.

Where the building meets the city

Walking along downtown Yonge Street's overcrowded sidewalks, students pass a jumble of digital billboards, chain retail stores, and pizza and burger joints. Above their heads, cranes revolve in the sky, placing together the pieces of yet another new high-rise tower. Car traffic moves in a constant stream from day until night.

Nestled next to a cash-loan store and a gold-clad strip club with red florescent signage, Ryerson's gleaming, eight-story, patterned glass structure hovers above the street. A triangular cascade of folded, blue-toned iridescent panels cut into the glass to mark the entrance below. An angular plaza opens up to the city, backed by a sloped green wall, tiered public seating, and steps leading up to the entry doors. Even on bitter cold days, small groups of students congregate outside to sit and take in the flow of cars and people.

Before the SLC opened in late February of last year, Ryerson's small urban campus was desperately lacking in study space. The main campus library was consistently full. Students without a home or dorm room nearby were forced to study in vacant corridors. Between classes, the only place to hang out was the local McDonalds or the Eaton's Centre, a frantically busy mega-mall, one block away.

Now, streams of students navigate through the new building, staking out a space to study, nap, eat lunch, watch movies, and catch up with friends. It is one of the few places on campus deliberately built to bring together students from all faculties, while also being both open and accessible to the public.

A pedestrian bridge connects the SLC to the existing library - a grey-brown, monolithic Brutalist building, built in 1974. Here, the old is starkly juxtaposed with the new. In place of the library's low ceilings, artificial lights, and narrow corridors, the SLC has floor-to-ceiling windows, soaring atriums, and glazed partition walls on nearly every level. Instead of rows upon rows of bookshelves, the learning centre has flexible, open spaces, furnished with designer tables and chairs.

It's been said that the intimate space of the chair you sit on, or the handrail you touch, is where the designer shakes hands with the user. At the Student Learning Centre this connection is frequently palpable. Study tables have neatly concealed and conveniently placed electrical outlets at each seat. Foam reclining chairs, cut in the form a human body, provide ideal support to lie back comfortably and relax. The cushions that line the amphitheatre seating can be rearranged for groups to sit together and talk. Automated window screens, programmed to rise and fall according to the weather, time of day and year, optimize the quality of light in each space. Each of these details feels like an earnest attempt to provide comfort and support students in their work.

This level of craftsmanship carries into the narrative that runs through the building, told through signage, colour, and quality of space. The top floor is named The Sky, where the exposed concrete ceiling rises to its highest point facing towards the core of downtown Toronto. Students camp out for hours along the perimeter windows, sitting in oversized lounge chairs with attached laptop tables, working while the city below moves in their peripheral vision.

One level down is The Forest, with zones specifically designated for quiet and silent study. Enclosed spaces are grouped in the centre of the floor plan, allowing for a continuous flow of circulation around the perimeter of the floor. The internal walls are lined with fabric to dampen sound, and vertical strips of light guide the way between private study rooms.

Despite these efforts, acoustics remain a concern for some students. Even in quiet spaces, voices can sometimes carry from one study room to the next. In open areas, where tables are designed for group study, students have reported having to shout in order to be heard.

The social heart of the building

The tension between social and private space also plays out in the safety and security of the building. One of the defining characteristics of the SLC is its role as a forum, where students can mix with the public without the burden of security checks. Perhaps unsurprisingly, given the downtown location, students have been victims of theft. Building security say that the problem lies primarily with those who leave their valuables unattended, and students have been asked to be more vigilant.

It is this audacious approach to public space that seems to have led to the creation of the sixth floor, aptly named The Beach. The Beach is made up of gently sloping wooden ramps and terraces that eventually descend into a small blue carpet, overlooking the south-west view of the city. The space is furnished with moveable bean bag chairs, brightly coloured patio furniture and seating pads, all selected by Ryerson students during the design consultation phase. The blue carpet is meant to represent a lake. High overhead, orbits of florescent lights are fixed to the concrete structure in an attempt to simulate sunrays. Although the references may seem simplistic, no one seems to mind playing along. The Beach, almost always in full swing, is the social heart of the building.

It is hard not to feel moved by the generosity of this completely open, flexible space, which allows students and visitors the freedom to arrange themselves spontaneously. Some sprawl out on the floor with their friends, while others find a sunny spot by the windows to shut their eyes and listen to music. The Beach achieves an atmosphere of calm and relaxation that seems delightfully incongruous with the world outside.

"It is hard not to feel moved by the generosity of this completely open, flexible space, which allows students and visitors the freedom to arrange themselves spontaneously."

An openness to change

Colour is employed as a playful accent throughout the building, but most effectively on fifth, fourth and third floors. Orange and red glazed partitions on The Sun level, and varying green colour tones on the furniture, floor and walls of The Garden level below, shift the focus away from the views out of the building and back towards the activities of the internal spaces.

This is most dramatically felt on the icy-blue glazing of the third floor mezzanine level. Overlooking the building's grand atrium space, The Bluff is home to the Digital Media Zone, a business incubator that provides guidance and industry connections to students and alumni wanting to launch a tech start-up. A few steps away, Ryerson's Digital Media Experience Lab offers a 3D printing studio, virtual reality design workshops, and lessons on other digital media tools. Ryerson's entrepreneurial ambitions come alive within these spaces, with clear views from the ground floor entrance lobby and public amphitheater - otherwise known as The Valley.

The Valley will soon host the SLC's one-year anniversary party, and student groups have been meeting with staff to decide how to transform the space for the event. The building, still in its infancy, will continue to grow and evolve along with the Ryerson community. Its success will be measured by its ability to adapt to this change.

As the semester progresses and exams draw near, students will occupy the space later and later into the night. Each evening, as the rest of the city dims, the glowing lights of the Student Learning Centre will act as a beacon, and help light the streets outside.

See the presentation of the Ryerson Student Learning Centre here. 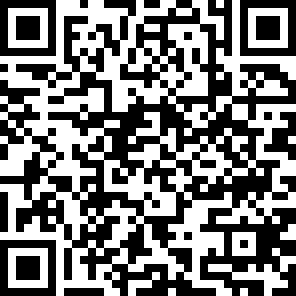 Previous in Building Reviews:
"Maggie’s Aberdeen: A Gentle Retreat in a Hard Town"

Next in Building Reviews:
"Grace" – a review of two pavilions in Sverre Fehn’s Storhamarlåven project