A Portrait of the Nation (after Eidsvold 1814), 2014, 213x300 cm. The photograph was taken with an analogue large format camera with perspective correction. An extreme wide angle lens was sent from Germany. The curtain arrangement in the background is based on Oscar Wergeland's first sketch for Eidsvold 1814, dated 1882.

Early sketch of the expected perspective and placement.

Because of the ongoing restoration works, access to the assembly room was limited. Joakim Hoen of Hoen Arkitektur made a digital model to find the lens height and distance from the walls, and to simulate evening sun on the 11th of May.

Rigging the day before the shoot. The podium had to be extended by a considerable amount to reach the perspective of the painting. Storyline delivered 17 kilowatts for the shoot. Foto: Istvan Virag

Several montages were made to find the right strategy for how to mediate between the space of the painting and the real space.

The participants were selected based on demographic data from Statistics Norway. Five million inhabitants of this country were scaled down to 112 representatives. In the painting, one person is sitting on a chair, this was replaced by a wheelchair. Artist Trond Hugo Haugen directed the shoot. Photo: Istvan Virag

A markup showing how the lights should be set. The retouching was done by Martin Tosterud at Postproduksjon.

The art project A Portrait of the Nation

The assembly room at Eidsvoll and Oscar Wergeland’s portrait Eidsvold 1814 are inextricably linked, in the narrative of the birth of the nation as well as in the public mind. Today, the room has been restored to its assumed 1814 condition, whereas the painting was done 70 years after the 1814 event, with few reliable sources. The photographic work A Portrait of the Nation (after Eidsvold 1814) ties the rooms closer together by filling the historic room with a contemporary event.
Trying to match Wergeland’s artistic interpretations with the real room is about finding a point between illusion and reality. The space in the painting is not perspectivally real, neither is the space of the photograph. These ambiguities gave the new version a necessary freedom.

The people in the photograph

A Portrait of the Nation is an art project by Trond Hugo Haugen. Produced by KORO/URO. Co-produced by Akershus Kunstsenter. The work is part of the exhibition 1814 Revisited - The Past is Still Present curated by Rikke Komissar for Akershus Kunstsenter. Sponsored by Fritt Ord and produced in collaboration with Eidsvoll 1814, Rom Eiendom, Folk & Film, Postproduksjon and Megaprint. Photographer André Severin Johansen. 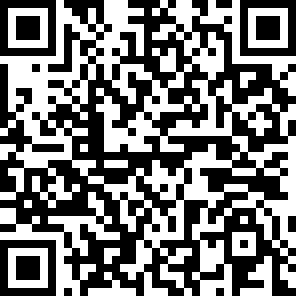 Next in Photo Stories:
Images of the new Norway – Anders Beer Wilse’s photography