Eagle Street Rooftop farm, Greenpoint. Brooklyn. View of the East River and the Manhattan skyline across the chicken coop. Photo: Are Carlsen

Brooklyn Grange, Queens. New Yorks first commercial rooftop farm with a total area of 40 000 square feet. Most of the farming is done by full-time farmers, partly assisted by community volunteers. Photo: Are Carlsen

Eagle Street Rooftop Farm, Greenpoint, Brooklyn. A roof vent sticks up through the fertile layer of soil. Photo: Are Carlsen

Riverpark Farm, Manhattan. The food is grown in a system of moveable crates. Soil improvement is done locally, by mixing spent soil from the crates with fresh compost in the barrel in the foreground. Photo: Are Carlsen

David Graves was one of the first beekeepers to place hives on New York City rooftops, well away from the bears that plagued his Massachusets farm. The 1999 ban on beekeeping in the city was lifted in March 2010. Photo: Are Carlsen

David Graves tends one of his rooftop hives. Photo: Are Carlsen

From the greenmarket at Union Square, Manhattan. Andrew Coté sells New York honey in New York City. His hives are located on rooftops around Manhattan, Brooklyn and Queens. Photo: Are Carlsen

Beans for sale at the Union Square greenmarket, where the average distance from farmer to market is just 90 miles. Photo: Are Carlsen

Brooklyn Grange, Queens. The rooftop crops need stakes as protection from the wind, which can be strong at roof level. Photo: Are Carlsen

Brooklyn Grange, Queens. The table is being set for a rooftop feast for farm workers and their guests. Photo: Are Carlsen

Brooklyn Grange rooftop farm, Queens. the potential to make use of urban rooftop areas seems obvious from up here… Photo: Are Carlsen

No one believes that you are ever going to feed the city by covering the rooftops with soil. But the landscape currently appearing on top of several of America’s biggest cities offers something even more vital than tomatoes and radishes. It offers us a new way of thinking the city.

In June the urban farms of New York are only just starting to sprout – professionals and volunteer New Yorkers bend over the neatly arrayed rows of lettuces, herbs, tomatoes, chillies and scores of other rooftop crops, weeding, feeding and watering. Chickens cluck contentedly against the Manhattan skyline, the bees are buzzing. Honey and fresh vegetables are sold way down below, by the door on the street. What is this? Yet another expression of middle-class naiveté in the face of the overwhelming statistics of urban ills? Or a new urban practice, profitable on more that just a financial level, spreading rapidly, with the potential to alter how we think the city?

Initiatives like Brooklyn Grange, a commercial farm which currently has 85 000 square feet of cultivated land above Brooklyn and Queens, or the Eagle Street Rooftop Farm, the moveable farm of the Riverpark Restaurant, Gotham Greens and many others, seem to be upping the ante on a number of more or less hippie initiatives of previous decades. The new urban farming entrepreneurs bring a combination of business savvy and community involvement to their enterprises, coupled with an environmental awareness formed not only out of concern for the protection of the natural environment, but for human survival on the planet. New urban practices are no longer just a private matter; they are vital experiments yielding invaluable experience of how to make the city work better.

And as a piece of this new puzzle, farming the city has only just begun. 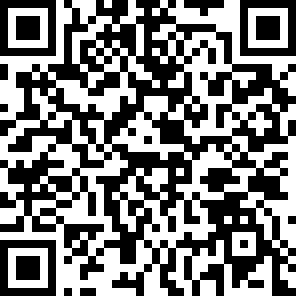 Previous in Photo Stories:
The city under construction. Bjørvika, Oslo

Next in Photo Stories:
Portraits