Einar Bjarki Malmquist is an architect and editor of Arkitektur N.

Einar Bjarki Malmquist: I remember your lecture at the conference "Reconciling Poetics and Ethics in Architecture" in Montreal in 2007, about "Artistic Generosity, Humility and Expression", where you compared your own ideas with the thoughts of several artists, poets and philosophers through history. Amongst many other things, you said something like: "No profound artist or architect of any time would be self-centered enough to see his or her art as self-expression". This brings me to ask: Do you see the architect and the artist as having similar roles in society?

Juhani Pallasmaa: The artist’s and the architect’s roles in the society are both similar and different. They are similar in the sense that all artforms are fundamentally existential expressions, i.e. art expresses the human condition and existential experience. They structure our experience of the world, and finally turn our attention to ourselves.

Regardless of this indisputably positive stance, architecture can also deal with such emotions as sorrow, melancholia, and death. Michelangelo’s architecture, for instance, is an architecture of melancholy, whereas Sigurd Lewerentz takes us to the boundary line of life itself, however, without a sense of fear. Both move me to tears.

"Architecture can also deal with such emotions as sorrow, melancholia, and death. Michelangelo’s architecture, for instance, is an architecture of melancholy."

EBM: Architectural magazines often present architects as if they were rock-stars. Many prestigious city planning projects, for example, have involved so called starchitects and their “gestures” in order to gain visibility on the global stage. You have spoken about the fact that architecture is a "low impact art", very unlike the rock concert, and about the alienating effects of the computer generated structures that have been appearing around the world. What do you think are the biggest challenges these issues pose for contemporary architecture?

JP: In my view, it is a misunderstanding to conceive architecture that competes for our attention and attempts to shock us through powerful imagery. In its very essence architecture is a background phenomenon, in the sense of creating a ground for perceptions, experiences and emotions. The power of architecture is in its perpetual presence and role as a horizon of reference, as well as in the persistence and authority of its voiceless voice.
I see as the task of architecture as being to defend the autonomy of human experience, not to condition, dominate or dictate our experiences and feelings. In a time when everything is turning into meaningless information, diversion, and entertainment, architecture needs to create and maintain meaning of space and place, and give us our foothold in the lived reality. It needs to articulate our experiences of gravity and flight, light and shadow, silence and solitude.

"I see as the task of architecture as being to defend the autonomy of human experience, not to condition, dominate or dictate our experiences and feelings."

EBM: Since the middle of the 2000's, writers in the field of architecture have claimed that architecture, and the human civilization in general, would move rapidly towards more sustainable forms of living. But it is obvious that we still have a long way to go. What are the most demanding issues architecture faces in relation to sustainability?

JP: Architecture can hardly be meaningfully sustainable without being grounded in a sustainable lifestyle and sustainable values. At the moment we are witnessing the collapse of the economic system of our consumerist culture, a system based on perpetual growth. But even this very grave situation has not made a single major politician or economist doubt the fundamental, and ultimately suicidal, values on which we still base our civilization.

We need a new attitude towards life, and the fantastic multiplicity and complexity of nature, as the ground for a sustainable future. And as architects, we need to see the ethical dimension that is intertwined with aesthetic quality, and most important of all, we need a sense of humility.

"As architects, we need to see the ethical dimension that is intertwined with aesthetic quality."

EBM: “Fragile architecture” is a theme of yours. Do you see that theme related to ideas about sustainable culture?

I believe that we are entering an era of biological wisdom, and I suggest that we architects try to be in the frontline of this development. 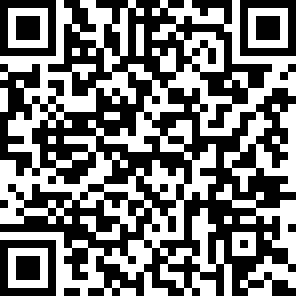 Previous in People Stories:
An interview with Anne Enger

Next in People Stories:
An interview with Per Olaf Fjeld on the words of Sverre Fehn