Einar Bjarki Malmquist is an architect and an editor of Arkitektur N.

“John Hejduk is spiritually the most building human being I have ever met,” Sverre Fehn wrote. Einar Bjarki Malmquist gives a short glimpse into john Hejduk’s world of thought, where Fehn felt so at home.

Compared with a preestablished truth of measure, John Hejduk’s work is forbidden fruit. We find stories, materials and geometrical themes appearing side by side. His project “The Architect’s Wheel” is an example of his interest in these different aspects.1 If we look at Hejduk’s drawing of the wheel, we find beneath it a text.

We see four columns with words. The lines of the columns are numbered from one to eight. In the first column we read: plan, section, detail, perspective, isometric, axonometric and flat projection: various types of drawings used in modern architecture. The words of the second column list elements of buildings, such as foundation, wall and roof. The third column lists materials: concrete, wood, stone, glass, and so on. These three first columns include themes common to most architects, while in the fourth column Hejduk adds a list of some of his favorite authors of modern literature: Gide, Proust, Flaubert, Hawthorne, Hardy, Robbe-Grillet, Blanchot and Mann. If we look at these drawings together with the text, the wheel might be interpreted as disclosing different elements needed for Hejduk as a creative architect. From this point of view, we face a curious assembly. There is some­thing wholesome about it: a coexistence. The systems of literature and geometry; the characters of fiction, the geometrical themes and instruments of the architect, materials and elements of buildings: all this is reconciled within Hejduk’s wheel. This project calls for thought. Engagement in the wheel has no beginning or end. Where do we start?

“We find stories, materials and geometrical themes appearing side by side.”

We may begin with Hawthorne’s story of Zenobia - a recurring character in Hejduk’s work.23 As we wander into it, we are already there. We arrive in the middle of a story.

We see a boat floating on the river. Two men on the boat are taking an object - a dead body - out of the river into the boat. We are watching the story’s scene of horror - the horror of Zenobia’s death. For the two men in the boat the body is a dead thing. A woman desirable intellectually and bodily has, now, for these two men been reduced to just that: a dead thing. The dynamics of Zenobia’s moving character through the story, a story of desire, power, science, spirit, love and wonder, is evaporating. Zenobia’s variations and human dimen­sions, are lost.

During the story, one of the men on the boat has spent a long time trying to understand Zenobia’s character, hoping to grasp her identity and solve her mystery. Until her death, he has always been fascinated and surprised by her changing appearance, which has challenged his desires for a fixed understanding. But the analytic reflections and theoretical world views could not categorize Zenobia. However, when she appears for them as a dead corpse floating in front of the boat, her identity can be established.

“Death’s dimension is one.”4

We have approached the edge of life and death, identity and objects. For Hejduk, this reduction of human life is a “Big Horror”. To objectify Zenobia as a dead fixed “thing” is tragic and unforgivable. To see a man or a woman does not mean that we already know them. To see Zenobia is different from seeing a material thing. A thing can be categorized and we can leave them as such, as things of a certain kind. And it seems they never look back - or do they? A man, a human being, however, is an individual “self”, and each man is a different one.

From Architecture of the Ineffable: on the Work of John Hejduk, Masters thesis, Einar Bjarki Malmquist. School of Architecture, McGill University, Montréal. 2000. 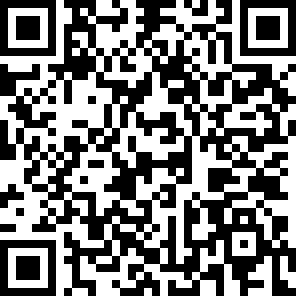 Previous in Other Stories:
Sverre Fehn's 1952 essay on the value of Moroccan primitive architecture

Next in Other Stories:
How to Talk About Things You Know Nothing About