Hans Skotte is Associate Professor at the Department of Urban Design and Planning at the Norwegian University of Science and Technology in Trondheim.

Where are you actually from? In a globalised world, where more and more people move around and continuously have to renew their ties with their environment, the idea of ”place” as a source of individual or national identity has to be reconsidered.

Much of the Norwegian architecture debate during the last three decades of the 20th century circled around the concept of Genius Loci – the spirit of place. The Norwegian architectural theorist Christian Norberg-Schulz was one of those who, during the 1980s, put forward the notion of endemicity as perhaps the most important of architectural principles. Architecture was defined as a form of “Place Art”. But this concept is fundamentally problematic in a world where nearly a billion people are migrants or long-term commuters across national borders and many more move to places far from where they once grew up. What does this entail for the identity of a location – and for the architecture built there?

Architects work within a discipline where the development of practice has not been dependent on theoretical innovations. To take an extreme view, what we architects have formulated, from Roman times to the present, have either been time dependent “design postulates” or interpretations and adaptations of theories from different disciplines. These sparse formulations nonetheless constitute the maps of our discipline. The question is, then, whether the maps provided by Norberg-Schulz are of any help to our navigation?

In the following, I will approach this question from a practical rather than a theoretical angle. The grand Theories of Place must be reformulated by others. My small contribution is based on reflections grounded in having worked abroad as well as experience and studies of reconstruction after war and disasters. The latter is important as underlying ideologies – including architectural ideologies – seem to become more visible in such extreme situations. This primarily applies to the notion that one’s identity is inextricably bound to and formed by a specific territory, language and religion, which we refer to as a notion of “primordial ethnicity”. Norberg-Schulz’s Genius Loci-concept may seem to lie dangerously close to such fundamentalist spheres of thought. “Identity architecture” may thus easily become a hazardous project. For instance, for me personally, no “Norwegian” architecture exists other than buildings erected in Norway. And moreover – and here lies the primordialist stumbling block – Norwegian architecture is not dependent on the architect being Norwegian. By analogy, what we refer to as Le Corbusier’s Chandigarh complex has actually become part of the Indian architectural heritage, as is Mughal architecture. The latter was also ’inflicted’ upon India at one time.

National identity – architecture as a tool of reconstruction

Architecture has always been used to express power. However, through the emergence of the European nation states and democracy in the nineteenth century, architects were charged with new major cultural policy tasks. They were to design “national environments”, create national symbols.1 And everywhere, in all countries, the source of this was sought in the countryside, where time stood still – that’s where the primordial models were to be found.2
This is how Norway went about the search for ideals for our own reconstruction architecture after World War II. As early as the autumn of 1940, the catalogue Norwegian Houses for Town and Country was presented. The models presented here were to ensure that the buildings erected to replace those destroyed by the Germans “satisfied the requirement that sound building practices and modern design be associated with rural building traditions”, as was stated by the Reconstruction Board of the Office for War Damage.3 In other words, it was of crucial importance that what was to be rebuilt should be “Norwegian”.

“A nation’s identity cannot be captured in fresh timber and wet concrete.”

All the more so since that was the reason for their destruction. The field of architecture was thereby assigned an autonomous national reconstruction task. The awarded entries in the architectural competition for post-war houses in 1945 were all wooden buildings with sparse detailing, with functional layouts, all carrying an air of simplicity and neatness. This was how architects interpreted “the Norwegian” in contemporary housing architecture. However, later research indicates that the families occupying these “competition houses”, at any rate in the far north, had a different perception of these houses. Neither in their orientation nor in their layout did they reflect the lifestyle of the local farmer-fishermen. Of the 20 000 dwellings (12 000 in the far north) destroyed during the war, only 638 were replaced by “competition houses”, and no more of them were built after 1947. The architects’ concrete interpretations of “the Norwegian” seemed to indicate a cultivated and possibly distorted view of history. This would not, as such, have been a specifically Norwegian phenomenon. Everywhere where reconstruction after disasters and war is on the agenda there seems to be a general call for return to an idealized “original state”. The UN Guidelines on Shelter after Natural Disasters (UNDRO 1982) point out the danger of relying solely on architects in reconstruction planning, because they often introduce urban middle-class ideals that are inappropriate for victims in rural areas. We have observed this for example in post-tsunami Sri Lanka. The first thing that the devastated families did after receiving the standardised donor houses, largely designed by local architects, was to erect primitive extensions made of box board and corrugated iron, because the layout of the houses did not enable the families to live as they were accustomed to. They needed other types of rooms, especially for making food and for personal hygiene. The orientation and floor plan of the houses also often failed to comply with prevalent traditions. This happened in spite of the national rhetoric claiming that the physical reconstruction also was to be a cultural reconstruction.

In both Norway and Sri Lanka, the nationalist charge of the reconstruction was the result of a preceding international or ongoing national conflict. In both cases the architects’ task was to strengthen national identity. However, in neither case did they succeed in accomplishing this objective. This was perhaps not so strange; the objective was illusive. A nation’s identity cannot be captured in fresh timber and wet concrete.

National identity – architecture as an instrument of development

African independence in the 1960’s was accompanied by similar architectural challenges. Independence and national pride needed literally to be built from scratch. This required consultants and contractors. During the 1960’s and into the 1970’s, the continent was therefore inundated with foreign experts charged with constructing buildings signalling national identity. Norway’s Karl Henrik Nøstvik was responsible for one of the most prominent of these projects. He was the architect for the Kanu Party’s headquarters and the Kenyatta International Conference Centre in Nairobi, Kenya. As the headquarters of the country’s only political party at the time, it was naturally Kenya’s tallest building, and it was duly crowned by a gigantic traditional straw-roof shape. Similar buildings signifying progress were erected in other African countries.

“Even the smallest one-room health centres were expected to have four corners, be built of brick, have corrugated iron roofs and be painted white.”

For example, Norwegian consultants were closely involved in the design of secondary schools in Zambia. The design of these buildings adopted a technology so removed from what people were familiar with, that some decades later they literally almost fell apart – and were on the point of dragging the whole secondary school system with them. But progress demanded its formal expression.

When I myself began working in Africa in the mid 1980’s, the prevalent local perception of the traditional building forms was that they totally lacked the capacity to house “development activities”. Even the smallest one-room health centres were expected to have four corners, be built of brick, have corrugated iron roofs and be painted white. The local perception of development was in other words associated with imported building forms.
This has always been the case. The Nidaros Cathedral in Trondheim, a romanesque soapstone edifice from the 12th century, is Norway’s foremost example of an imported building form. There were originally almost no Norwegian input to the building other than the stone, the timber and the lay workers. But herein lies perhaps the germ of an solution to the predicament.

Because, it is not a matter of the forms themselves, but of how they are created in the given conditions. The Indian architect Charles Correa likens identity to the trail left by civilisation as it moves through history. That which is distinctive is thus that which emerges subsequent to an ongoing process. Consequently, it cannot be collectively programmed. The concept of identity is by nature reflexive, that is to say self-regulating, and it is creative.
Architecture is located in a field determined by the economic, material, technological and social resources of a location.4 Here, there are no primordial quantities. Everything is in reciprocal motion. However, behind us lies Correa’s trail. Here lie traditions like a kind of developmental inertia, a historical flywheel that ensures continuity and a certain predictability. It is in this unstable ecological field that the architect works. This inertia provides us with references to methods that are still meaningful, to details and materials, to space and spatial expression and to modes of action. All of this is tested against innovations, including architectural innovations. Such an approach is liberating in the sense that it departs from the deterministic, xenophobic concept of a pre-defined identity, and releases architects from a nationalist commitment. This allows the Norwegian architects Jan Olav Jensen and Per Christian Brynildsen to be inspired by Indian architecture in the construction of a Lepers’ Hospital in India, and gives Hans Olav Hesselberg and Sixten Rahlff the opportunity to include elements from the Nepalese architectural tradition in their Children’s Home in Chebettar.5 And what about Snøhetta’s contribution to Egyptian architecture with the new Library of Alexandria, and Henning Larsen’s contribution to Norwegian building tradition through a number of important projects in Norway? In a similar way, Ken Yeang, not least through the Menara Mesiniaga building in Kuala Lumpur, has contributed to a renewal of Malaysian architecture, indeed to a redefinition of the very term skyskraper. Contemporary technology is not used here to “renew” old building forms. Taking his starting point in urban reality and local climate conditions, Yeang has combined established technology and ecological insight to provide form and content to a new, locally adapted architecture.

“The Indian architect Charles Correa likens identity to the trail left by civilisation as it moves through history.”

Equally radical, yet inextricably associated with Correa’s trail is the new Tjibaou Culture Centre in Noumea, New Caledonia, designed by the Renzo Piano Building Workshop. Given that this building succeeds in capturing the dynamics of the historical flywheel also in its content, it stands for me as the very epitome of locally adapted architecture. The material references are obvious, but the forms are new, and the building process itself and the social activities that the building is designed for are able to contribute to a form of “global” development that I personally view as very positive. For me, the culture centre manifests itself as a New Caledonian version of the Nidaros Cathedral. In a few years’ time, it is unlikely that anyone will be preoccupied with the fact that the architect was Italian. The building will have become part of the New Caledonian trail of culture. 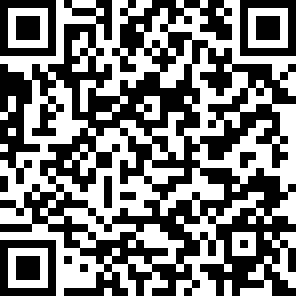 Previous in Identity:
"The Problem of Aesthetics" – what does 'aesthetics' actually mean?

Next in Identity:
"Norwegian Architecture?" – is there such a thing?