Ole Møystad is an architect and professor at NTNU. He also taught at the American University of Beirut, where he was involved in the reconstruction after the civil war. He is a partner in STUDIO hp AS.

Reconstruction of the bombed-out government buildings after 22nd July 2011 entails a lot more than providing office space and security measures. – What would be the architectural translation of "more love, more openness, more democracy"? How can these words from the prime minister's memorial speech be transformed into political and architectonic action? asks Professor Ole Møystad.

On the 23rd of December 1972, forty people lost their lives in an airplane crash in Asker, outside Oslo. It was the first major disaster in modern Norwegian aviation: the victims were the deceased and their loved ones.

On the 7th of March 1980, the oil platform Aleksander Kielland collapsed, causing 123 deaths. The dead, the injured, and those left behind were victims of an industrial catastrophe.

On the 7th of April, the ship Scandinavian Star caught fire, killing 159 passengers and crew. Once again, the victims were the dead, the wounded, and their loved ones.

Disaster struck again on the 22nd of July 2011. A terrorist killed 77 people. The victims were those killed, those maimed, and those left behind. It was an act of terrorism, a political act of violence and brutality. If we are to begin to grapple with the meaning of what happened on the 22nd of July, we need to begin by acknowledging in what way it distinguishes itself from comparable catastrophes in recent Norwegian history.

The terrorist act struck two groups: those killed or maimed, and their friends and families are evidently the primary victims. However, the attacks were aimed at all those among us who welcome a multi-ethnic society, who welcome cultural difference, who are ill at ease behind the Frontex-patrolled Schengen-borders of Fortress Europe, and who are prepared to take a public stand against it.1 We have been handed a clear message: taking such a stand makes us all potential targets of terrorism. Are we to remain complacent in the belief that Breivik was a solitary, uniquely evil man? That there are not others out there, sharing his views and prepared to put ideas into practice? Breivik’s ideological role model, blogger Peder Jensen (Fjordman) received sponsorship from Fritt Ord, a prestigious foundation promoting freedom of expression, for his efforts.

The security industry was first on the scene after the bombing of state buildings. Architecture, recognized by Aristotle as The Mother of the Arts when it came to organising society and forming democracy, was quickly reduced to platitudes like: ”A building is a building”. A report was commissioned on the premise that the affected buildings be considered exclusively as office buildings. It was an ignorant, cowardly and pathetic brief, resulting in an equally pathetic report. Beyond strictly technical concerns, the only viable argument was “People died here. That must not be allowed to happen again.” Enter the security industry.

What is problematic about this argument? It entails a closing down of public space in its capacity as an open platform for changing symbolic values and free communication. It represents a turn away from public space as a promise, towards public space as a threat. It reduces the façade's value as face, expression, thought into a defensive boundary against intrusion and external impact. Do we hear the same argument against aviation? Against the ferries to Denmark? The oil industry, or for that matter; about the automobile industry?

How do we argue against the security industry? What is the architectural equivalent of, in the Labour Party Prime Minister’s words in the wake of the terror attack, “more openness, more democracy”? How do we translate these words into architectural practice? This question is so convoluted that the first steps towards a response are necessarily hesitant, fumbling, taken in the dark, with feelings, sensibility, and intuition as our only tools. Only art works like that. In the piece «Brå endringer og kulturelt vakum» (Rapid Change – Cultural Vacuum), I wrote that “habit and convention are an integral part of a person’s capacity to function in her Umwelt.2 Habit and convention change incrementally. This is a problem when confronted with a sudden, new and unfamiliar situation, in which it is decisive to think and act rapidly”. This holds true for any state of exception, any situation in which normality is suspended or ruptured, in any socio-cultural vacuum, whether a natural disaster or an act of terrorism. How can we protect ourselves against this?

"Art is our most immediate intellectual tool, the shortest path between thought and action."

The security industry proposes to meet the challenge by ensuring that sudden, new and unfamiliar situations do not arise. This is the logic endemic to violence. Our alternative is that of art. Art lives in the present. Its responses are immediate, it speaks to the senses and the intuition, it thrives on the unexpected and the unforeseen. This was perfectly captured by Vanessa Baird's paintings for the Ministry of Health and Care Services. It is ironic that these were subsequently removed by health and safety representatives, effectively denying an opportunity for a healthy reaction to a painful experience and a conscious experience of pain. Art is our most immediate intellectual tool, the shortest path between thought and action – in both direction. The cellist Vedran Smailovic responded to the bombing of Sarajevo’s National Library by holding a recital amid the ruins. Visual art follows music closely; Lebanese artist Nadim Karam installed his sculptures in the devastated Beirut city centre. Literature and film follow more slowly, but have also proven to be potent means of dealing with strong impressions and trauma. Architecture is the slowest form of art. It comes into its own in the final stages of processing, inscribing the results of the processed experience into the future.

A world where the unanticipated ceases to exist, where the exception is always already precluded, (or where Vanessa Baird's paintings are safely packed away in a basement), is not a world any of us want. Not even nature works like that. The driving forces of evolution are the error, the change and the surprise. If the instructions inscribed in DNA were received and executed flawlessly, we would still be rudimentary organisms floating in slimy water. I would argue that it is sensible, not to say vital, to accept that things occasionally do go wrong, that things fall apart, that catastrophe strikes. That life can be painful and difficult, and that death is part of it.

If we know that a building faces snowfall amounting to 350 kilos per square metre, it would be foolish not to take this into account. It would not have affected the openness of our society had Grubbegata, the street through which Breivik drove his truckload of explosives up to the front entrance of the government building, been closed to automobile traffic eight years sooner. There are many good reasons to have car-free streets.

"What is inhuman, unnatural even, is setting out to build a society whose architecture is incapable of surprising us, of collapsing, of changing, and of falling in and out of crises and states of exception."

What is inhuman, unnatural even, in the word’s strictest sense, is setting out to build a society whose architecture is incapable of surprising us, of collapsing, of changing, and of falling in and out of crises and states of exception. It is far wiser, I believe, to build a world capable of dealing with crisis, of handling a sudden, unanticipated, and painful change. When we find ourselves victims of a catastrophe, large or small, we usually will have to work our way through the following three stages of processing: first denial – “no, its not true, it did not happen”, then probably the most painful one; eventual acceptance – “it did happen, but what, why, how?”. Only when we have embraced the catastrophe and reflected upon it, only then can we inscribe the trauma and the irrevocable loss into our lives as experience, perhaps even as knowledge, as wisdom. In his novel The Moment of Freedom, the writer Jens Bjørneboe compared it to “stroking the edges of the wound”. We have done well in assisting the victims of the 22nd of July through these phases. I am confident that their memorials will find appropriate forms. The victims of the 23rd of July, however (and make no mistake: those killed and maimed on the 22nd, and their loved ones, are also victims of the de-politicization of the terror) have yet to process their trauma. This is a trauma inextricably tied to political life in the blocks of the government buildings, and this is where they need to be processed; at the heart of the city.

"Concretely, I would propose that further investigation and processing of the eventual fate of the government complex be taken out of the hands of state bureaucracy for a while."

“In order to imbue a socio-cultural vacuum with new meaning, it is first necessary to accept loss and pain, to give the phenomena around oneself new form and narrative. It is necessary to develop new chronotopes, to borrow a term from Bakhtin. This is precisely what art does: not only can it simulate civilized life, it can even transcend ideas about ‘life outside progress’ (the void) and generate new forms of civilisation, neither more nor less”.3

Concretely, I would propose that further investigation and processing of the eventual fate of the government complex be taken out of the hands of state bureaucracy for a while. We know that committee reports and inquiries are unsuitable. They are the wrong tools for the work we need to do in the aftermath of a terrorist attack. Art, culture, and eventually, public life must be given space to do their part. Continue the series of art events and discussion around the government complex.

There is far, far more at stake here than the need for office space and security measures. 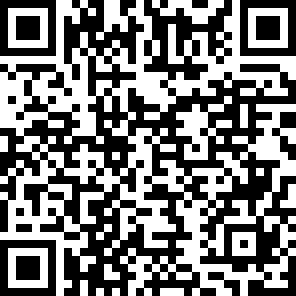 Previous in Identity:
"The spirit of place in a multicultural society"

Next in Identity:
«Blue Noon»