Herbert Wright is a London-based contributing editor of the UK's Blueprint magazine, a columnist on the Royal Institute of British Architects Journal, an art critic, architectural tour guide and the author of books of skyscrapers and urbanism. He curated the first edition of Lisbon Open House in 2012. He is a Physics graduate of the University of London.

Maggie's Aberdeen sets itself clearly apart from its institutional surroundings. But this might actually be Snøhetta's most significant contribution, says Herbert Wright, who has visited the eggshell retreat.

Aberdeen is a hard, grey town built of granite, a local material that defies the North Sea climate. Even some of the Brutalist social housing blocks are clad with rough granite panels. In this dour, solid built environment, the only curves seem to be in the numerous road roundabouts. The new Maggie's Centre, designed by Snøhetta (working with local architects Halliday Fraser Munro), is very different: a sparkling white shell with graceful curvature, from under which a warm straight-edged timber volume peeks out, tantalising and inviting. Even before entering it, you can see that this is a gentle, inspiring place, and that's exactly what a Maggie's Centre should be.

"Even before entering it, you can see that this is a gentle, inspiring place, and that's exactly what a Maggie's Centre should be."

Shortly before landscape architect Maggie Keswick Jencks died of cancer in 1995, she started an initiative to tackle issues she experienced directly: cancer sufferers' uncertainty about their condition and the impersonality of how they and their families are sometimes dealt with by the machinery of the health service. With her husband, the influential architectural writer Charles Jencks, she concieved the idea of free drop-in care centres beside hospitals, with the central premise that the physical environment can be a tool in promoting well-being, and could transform sufferers from cancer 'victims' to part of an active, friendly community. The first Maggie's Centre, designed by Richard Murphy, opened in Edinburgh shortly after her death. Since then, a host of world-class architects have designed more, including Frank Gehry in Dundee (opened 2003) and Hong Kong (2013), Zaha Hadid in Kirkcaldy (2006), Kisho Kurokawa in Swansea (2007), Richard Rogers near his practice in London (2008), and Rem Koolhaas in Glasgow (2011). A second London Maggie's is being designed by Stephen Holl.

Robert Greenwood, Snøhetta's project architect, reveals that it was Laura Lee, Maggie's chief executive, who made the initial approach, but they met up with Charles Jencks before work began, and together they visited several Maggie's Centres. None became a prototype, says Greenwood, but they provided an invaluable insight into how the centres work and their functionality and interaction between users and the architecture. If there is any clear architectural reference, he suggests it is Snøhetta's own Tverrfjellet Wild Reindeer pavilion in the Dovrefjell National Park, opened in 2011, which has a rectilinear steel box shell and curving timber interior – an inversion of the defining topologies at Aberdeen.

The shell and the box

Approaching Maggie's Aberdeen, past the bank of solar panels that reduces its electricity grid demand, and with the postmodernist extensions of the bulky Royal Aberdeen Childrens Hospital behind and a ground-level helipad beyond, immediate impact of the building is striking despite its low profile. The impression is of a long white tube lying on the grass, sliced off by a curtain wall of tinted glass panes in a grid frame facing east. However, turning around to its western side, the shell reveals itself as a wider form, like a rounded triangular pebble with two curvy voids melted through. The larger void opens up a small garden with a cherry tree, a miniture reminder in form and function of another, larger-scale garden designed to have a healing presence: Charles Correa's idyllic internal forest at the Champalimaud Centre in Lisbon (2011). The smaller, narrower void is a vertical absence of wall as much as an entrance arch. Between the voids, the concrete seems almost to becomes as delicate and dreamy as Tecton's Penguin Enclosure at London Zoo (1934), and reminds us how concrete as a medium is more flexible than Brutalism's ‘heaviosity’ often suggests.

The habitable structure within juts out to the garden, with stairs leading up to an open terrace patio. It contrasts completely with the shell in texture, colour and form. The inner building is a complex composition of box volumes clad in sustainable oak, while the shell could almost be one of Zaha Hadid's fluid forms. A few BMX bike tyre marks show its curves have already been tested by local kids.

Maggie's ethos of a warm, caring environment reminds architects that the interior is even more important to users than the exterior, something often forgotten in our age of architectural spectacle. Snøhetta's Bjørg Aabø was in charge of all the décor and furnishings, and the result throughout is a seamless meeting of instantly-familiar cosiness, contemporary design and art that invites rather than demands attention.

Your correspondent entered the Aberdeen interior through a fire exit in a glass wall beside a great green chrome vase ('Artwork' by Kjell Nupen) simply because the bright, welcoming ladies who staff the place were gathered in the kitchen area on the other side. There is no formal reception anyway, and the kitchen is the hub of a Maggie's, with biscuits, fresh fruit and tea always on offer. Two ribbed wooden lampshades hang above the kitchen table with unfeasibly long leads hung across the ceiling to plug in high above the cooking facilities. From this area, the inside of the shell curves down from above to a continuous bench, punctuated with objects including an architectural model of the building, and sweeps forward to the lounge or relaxation room.

The double-height lounge is the largest space, strewn with comfortable chairs and sofas. Beside the great east-facing window stand a trio of floor lamps. The timbered wall facing the window has a log fireplace, and a dark tiled strip of fireplace chest rises high and straight into the ceiling. Either side of it are shallow alcoves, which act like a buffer – sitting there, you're with others in the room, but have privacy. An underfloor heating system using warm water not only avoids any clutter of radiators, but promotes sitting and lying on the floor. There is an echo of modernist mid-century interiors, like the Eames house, where a complete framed glass wall brings light and a sense of scale, but varied textures and objects tame the space and bring intimacy. Aberdeen's main difference is in the futuristic white curve defining the space, making walls and ceiling a continuum and giving a futuristic dimension, like the interiors of Space Station One in Kubrik's ‘2001: A Space Odyssey’, or Crouwel's Stedelijk Museum extension in Amsterdam.

Not that there is anything clinical about it – indeed, the design aesthetic avoids things like orthopedic chairs or signage in Maggie's, simply because they are clinical. Secondly, there is (at least to date) a lack of houseplants, so generously deployed by the Eames’. Maybe they will come. Overall, this Maggie's lounge is a key space that succeeds as a zone of relaxation, and although communal, feels very like home.

"Either side of it are shallow alcoves, which act like a buffer – sitting there, you're with others in the room, but have privacy."

Bookshelves (where, incidentally, two Charles Jencks titles find a place) line the corridors behind the lounge. Two small rooms for counselling and a bigger one for meetings are tucked in here, daylit from the garden. When Queen Sonja and Camilla, Duchess of Rothesay and Cornwall, opened the centre in September, they used different toilets, apparently. But they both missed the best one, which is disabled-accessible and, with its burgundy wall section and whicker objects, worthy of a boutique hotel. The royal opening is marked by an engraved polished granite stone outside, not of Snøhetta's design but suggesting the building footprint in its shape.

There's more sculptural décor on the first floor space, accessed by a wide staircase. Here, from another communal table, you can look over the lounge on one side, and down the stairs towards the shell wall on the other. The patio terrace continues beyond the full-height glass. An open office extends beyond several two-metre high toothbrush-like room dividers. The white curving sweep of ceiling is punctuated by five circular skylights – three filtering light blue and two green.

From the outside, you can see that the shell is also penetrated by the chimney, emerging with the same width as the chimney breast. Plants are emerging in the low-level wider landscaping, also by Snøhetta, and also notable is a crude but strong black sculpture just outside the lounge window: 'Megalith Table' by Bård Breivik.

"As an architectural statement of form, Aberdeen now has one of the most distinctive and beautiful Maggie's Centres of all."

Although each Maggie's Centre is unique, their architectural brief is always the same. It includes an entrance that is welcoming, not intimidating, a space 'like a country kitchen', a large relaxation room, two counselling rooms, a garden. Little details further specify a 'small coat-hanging/brolly (umbrella) space', and lavatories 'should not be in a row with gaps under the doors'. All of this, naturally enough, is to be found at Aberdeen. So what did Snøhetta bring to the table?

They have delivered more than a good design, and there are two threads that are particularly strong. First, the role of contemporary art and its blurring into functional product design is imaginatively exploited, and clearly enhances the interior's experience for users. The sparse siting of works around the external periphery is also effective – Breivik's table doesn't make a sculpture park, but brings the same playfulness. Secondly, the compact interplay between the inner timber volumes and the outer shell is a masterstroke. Rem Koolhaas played with curvature in the Glasgow Maggie's, but through making a ring-chain of linked orthoganal volumes. Here, the white shell is pure curve, and it also suggests an egg, the ultimate safe, maternal enclosure.

As an architectural statement of form, Aberdeen now has one of the most distinctive and beautiful Maggie's Centres of all. Internally, it provides an inspiring and intimate set of contemporary spaces that are worthy of providing the setting for what may be some visitors' fading days. 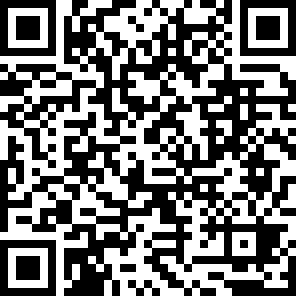 Next in Building Reviews:
"An Open Narrative"