A few months ago, I had the opportunity to spend a weekend with a group of friends at Knut Wold’s farm in Stange. The overall setting – the traditional farmhouses and Are Vesterlid’s remolling of the buildings, as well as the interplay of Knut Wold’s huge wood and stone sculptures with their architectural context, made a strong impression on me. The dense layering of timeless and new, traditional and modern, vernacular and designed, rough and refined, is both provocative and moving. The ensemble projects an epic narrative rich in associations and motives.

Wold’s sculptures are sometimes huge enough to become the dominant occupants of the large spaces; at other times they have been subordinated to furnishing elements, tables and benches of sorts, but they are always in a lively dialogue with Vesterlid’s architecture.

Are Vesterlid has not attempted to impose a singular architectural logic upon the existing buildings; the ensemble consists of separate architectural episodes and vignettes that weave into each other to give rise to a rich and enticingly sensual collage. The fragmented narrative made me think of Carlo Scarpa’s Castelvecchio, whereas the admirable manner in which the architect steps back, as if everything were simply a product of an anonymous tradition, recalled the paved pathways of Dimitris Pikionis, leading to the Acropolis in Athens. These unpretentious pathways made of found stones and discarded architectural fragments, read as a haphazard collection of splinters of history, as chapters of James Joyce’s Ulysses.

Are Vesterlid’s impressive and welcoming, domestic and inspired, architectural assemblage makes one realize that some of the most eloquent pieces of contemporary architecture are conversions, such as Scarpa’s interventions in Venice and Sverre Fehn’s superb museum in Hamar, not far from Stange. Modernist architectural thinking in general tends to be linear and one-dimensional in its logic, whereas the confrontation with an existing historical setting seems to force one to adopt a situated, mediated and moderated language, and a more complex and discontinuous syntax.

The functional, structural and aesthetic solutions at the Sørum farm are often simultaneously reckless and refined. Materials are used in an inventive and unprejudiced manner: steel profiles for columns, beams and trusses integrated with wood structures, brick for the fireplace wall, large sheets of glass for windows, and wood to blend with the ambience and surfaces of the original farm structures. The plant-like steel supports across the living room in the former barn look visually elegant, but after a moment of reflection, they also reveal their structural and constructional ingenuities. The overall texture appears matured and aged as tree bark or wrinkled human skin.

The courtyard on the sloping terrain, delineated by the buildings, as well as the immediate and distant landscape, are powerfully drawn into one’s consciousness. The setting communicates experiences of solitude and togetherness, intimacy and vastness. The entity is a memorable microcosm that speaks comfortingly of past and present, reality and dream. The atmosphere is pragmatic and aesthetic, relaxed and domestic. It is surely a great setting for both concentrated work and parties with good friends.

See the presentation of Are Vesterlid's Farm at Sørum here. 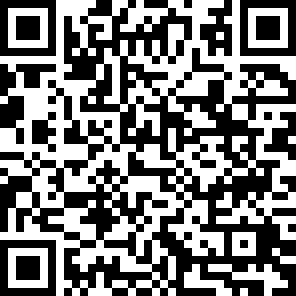 Next in Building Reviews:
"Tourists always ask so many questions" – a review of Snøhetta's Oslo Opera