David Leatherbarrow is Professor of Architecture and Head of the Phd-programme at the University of Pennsylvania.

The clear and precise detailing sets all of Fehn’s built works in an international class of their own. David Leatherbarrow examines one of the details in Villa Schreiner, and in it he finds an expression of both the priorities within this particular project, and of Fehn’s relation to the building as a part of a larger world.

Among the many fascinating and effective construction details in Sverre Fehn’s architecture, one in the Schreiner House of 1963 indicates how his buildings are at once wonderfully consistent in themselves and, at the same time, productively and expressively engaged in their surroundings. This particular detail, which I’ll describe more fully below, connects different parts of the house in two ways: distinct wall types are joined together, and contrasting settings – one inside and another outside – are integrated as one. One result of the building’s precise internal economy is a strong sense of enclosure and intimacy; each of the rooms fits like a glove. The outcome of the house’s engagement with the wider context is a nuanced modulation of the natural forces that define the surrounding site and region.

Because of our long-standing dedication to aesthetic experience and related ideas of design authorship, we tend to think of construction details as nothing more than parts of buildings. In consideration of Fehn’s architecture, I want to argue that this assumption abbreviates the detail’s full spectrum of responsibilities. Details are not only parts of buildings but also of the world. This one, and others like it, couple responsibility for something local with an acute awareness of the surrounding milieu, as if the architect were “thinking globally and acting locally,” as contemporary ecological dictums recommend.

“Details are not only parts of buildings but also of the world.”

From the street, Fehn’s Schreiner House does not exactly present a friendly face to the world. Timber cladding from side to side and bottom to top is basically all that one sees, apart from the wooden posts, the fascia boards and beam ends that form the cornice and the recessed entry, the cladding of which is interrupted by a single vertical opening only, an opening for fresh air but no view. A more introverted design – more self-defined and self-sustaining – could hardly be imagined. This is because we tend to equate engagement with openness, the measure of which is visual continuity or ­“literal transparency”.

“From the street, Fehn’s Schreiner House does not exactly present a friendly face to the world. A more introverted design – more self-­defined and self-sustaining – could hardly be imagined.”

Comparing two houses from about 1929, Richard Neutra’s “VDL House” and Adolf Loos’ Villa Müller, we tend to see the first as more engaged with its vicinity than the second: Neutra’s ribbon windows and open corners seemingly join interior to exterior more effectively than Loos’ relatively small and tightly framed apertures. Yet, as soon as one looks a little more carefully at Loos’ solution, it becomes clear that both the apertures, and the interiors they qualify, were positioned very carefully within the location, as if the opportunities and constraints of the site predetermined the configuration of the building.1 Interlocking such as this may be less literal than the fusion or “flow” accomp­lished by window walls, but it is no less engaged, just differently so. Engagement, I hope to show, involves both allowance and resistance, or permeability and exclusion; rather like friendship, sensed equally strongly in affirmation and criticism.

In point of fact, there are window walls in Fehn’s Schreiner House, not just blank ones. A number of glazed partitions border the rooms that face the garden. Still others mediate between the bedrooms and the side yard. While nothing of this “openness” is apparent from the street, the boards and beam ends that one does see do indicate something of the depth (the penetration into or extension beyond the building’s thermal boundary) that can be found at other edges of the building’s enclosures.

A particularly vivid sign of spatial and environmental depth can be seen in the corner of the dining space, where the window and side walls meet. This corner is one of the points of intersection between the building’s two basic types of enclosure, uninterrupted timber cladding and window walls. Reportedly, Fehn himself rather liked this position, especially during wintertime meals, when the brick bench on which the leather cushions sit, radiated heat from the fireplace behind. The social dimension of the meal benefited from the spatial dimension of its situation, between the warm surround and the open prospect. Using the term ‘wall’ for both the glazing and the cladding is perhaps incorrect, for each is really a ‘partition’, which is to say a non-loadbearing element that structures space, modulates natural forces, and confers character. When seated at the dining table, the view into the garden is unimpeded; the glazing extends from the floor to the ceiling and from one side to the other. An adjustable blind hangs from the top frame, ready to block any glare that might arrive from the late afternoon sun. The right hand edge of the glass panel also operates in the milieu: a narrow louver along the edge of the glazing admits fresh air through a full-height hinged panel, and screens the interior against insects. Turning to the timber cladding to the right of the dining table, we find another articulated element: at eye height a cantilevered bookcase sets one level, the horizontal boarding extending the enclosure establishes another, and the clear storey glazing that admits direct light to the depth of the room defines still another level. Through these means the changing conditions outside the house are modified to suit the interests and needs of the interiors, preserving its quiet stability and warm intimacy. Without these provisions and their adaptability the house would just be yet another example of introverted refinement, so common in post war domestic architecture. The truth of the matter – reciprocity – is much more interesting.

Two kinds of adaptation can be observed in the operations of this building. I’ve already mentioned how it adapts to the changing conditions of the environment: high or low sun, mild or forceful breezes, attractive or uninteresting prospects, warm or cool temperatures, and so on. Although movements of this kind are more like the back-and-forth of good conversation than negotiations between territorial powers, I’d like to call them border adjustments. The concept of play is a helpful analogue: the adjustments at the building’s borders allow it to participate in the play of environmental forces (the building is played by and plays with wind and rain, sun and shadow, and so on). Another set of movements – that involve a change of state rather than position – can be seen in what I’ll call processes of qualification. Generally speaking, there are three such processes: natural, artificial, and accidental, expressed most clearly through the building’s physical body. Natural qualification occurs in a setting by virtue of the inherent characteristics of a material. Because this process precedes the act of building, it can be called pre-qualification. It is primarily on this basis that materials are selected for use. Next, materials are qualified through the several practices of building construction, especially finishing, in anticipation of the forces they will encounter in the environment and through use. The third kind of change or movement, re-qualification, results from environmental effect and practical use. Accidents reshape and sediments resurface the finishes intended in design and realized through construction (weathering of boards, dishing of treads, erosion of stones, and so on). As with border adjustments, all three kinds of characterization – pre-qualification, qualification, and re-qualification – allow and show the ways in which the building adapts to its world, adaptation being the key to its survival and expression. The same is true, of course, for the life of any organism within its environment.

We commonly compare buildings to bodies, invoking a long-standing commonplace of architectural discourse. For Leon Battista Alberti, who was arguably one of the more important contributors to this tradition, it wasn’t just any body that sustained the analogy, but the body of an animal, an animal within the milieu in which it thrived. In praise of Italian builders he wrote: “their inborn thrift prompted them to be the first who made their buildings very like animals”. Likeness, for Alberti, was not a result of similar appearances, but of comparable arrangements and operations. The term “thrift,” meaning economy, provides a helpful clue to his concern for operation, because the balanced arrangement of parts (proportionality) determined the well-being of both the animal and the building. The point I’d like to stress is that here, too, there are two senses of order: the first is among the parts of the organism, and the second is between the organism and its world. That Sverre Fehn thought similarly, is apparent in the epigraph cited above: “an abode was sought in the nature of the animal.” Fehn’s accent, like Alberti’s, was on the nature of the animal, the workings, health, or life of its parts among themselves and within their milieu. Internal configuration is part of the issue, but no more so than participation in the wider frame of reference, which I’ve called the world.

“Fehn’s architecture shows us that the world is always more ­interesting than our symbols of it.”

In architecture, as in ecology, equilibrium is rather like paradise, something too good to be true, and therefore not good enough. Fehn’s architecture shows us that the world is always more interesting than our symbols of it. Details that belong to the world as much as the building, submit themselves to the richness of a context that always has more to give. Obviously, this submission entails a risk, for both environmental forces and human affairs rarely play themselves out according to expectations. But details and designs that both engage the world and adapt themselves to its offerings not only run the negative risk of disturbing their designed economy, they also allow themselves access to far greater richness than internal consistency would ever allow.

All photographs by the author. 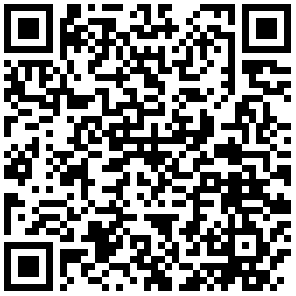 Previous in Building Reviews:
"The difficult timelessness" – a review of the interiors of the Oslo Opera

Next in Building Reviews:
"Highlights in Norwegian Wood" – a review of Helen & Hard's Preikestolen Mountain Lodge