Main entrance. Cassia Coop’s logo shows the way to the main showroom. Guard booth to the right, laboratory to the left.

The 600 sq.m. roof with Lake Kerinci in the background.

A row of columns enables the roof to cantilever beyond the foundation. Only the cool evening sun reaches the buildings.

The client and founder of Cassia Coop, Patrick Barthelemy from France.

To save time the main structure is prefabricated close to the site. All the columns and beams are similar in size and adapted as they are fitted, giving an efficient building process.

Still from Tyin's time-lapse film from the planning and construction of the Cassia Coop Training Centre. Design team having dinner.

Living close to the project, you have the luxury of testing the ideas in 1:1 scale on site.

Two large trees are the centerpieces of the atrium, shading the common spaces.

Still from Tyin's time-lapse film from the planning and construction of the Cassia Coop Training Centre. From the building site.

Outside the laboratory there is room for shared meals or bigger meetings. The layer of bamboo mats help reduce the temperature under the steel sheet roof.

View in through a window in the show room.

The long wall outside the showroom. A water buffalo poses in front of the display of different forms of cinnamon.

One of the community elders, in front of the main wall of the show room.

Cassia Coop Training Centre is the public face of Cassia Coop, a cinnamon business on Sumatra. The owner, Patrick Barthelemy, contacted Tyin with an open brief – he wanted to develop a socially sustainable operation, and set new standards in fair trading and worker welfare. The training centre is a school for local farmers and workers.

The main concept is a light timber structure on a heavy base of locally crafted brick and concrete. This strategy has already allowed the building to survive several earthquakes of over five on the Richter scale. The combination of thermal mass and a lifted roof structure with deep eaves allows the building to be naturally ventilated. The timber is cinnamon wood, a conventionally low-status material. The entire project uses only ten different details.

The project was planned and built in three months, with the help of architects and architecture students from Norway as well as local workers, craftsmen and water buffalo.

The first of Tyin’s projects appeared in 2008. By the time the images of their beautiful ”Butterfly Houses” in Thailand had done their tour of the international architectural press, Yashar Hanstad and Andreas Gjertsen had built a few more projects, won more awards, and even found time to finish architecture school.

"We want the choices we make in our projects to be understandable," says Gjertsen. "Our projects are beautiful because we have worked them through very intensively," says Hanstad. The structures are simple, but that doesn’t mean they are based on easy decisions. Nor that they are always successful, even though the Cassia Coop Training Centre seems to fulfil expectations.

Tyin have built in Thailand, Uganda and Indonesia, but they do not know how their experience from around the work will transfer to a Norwegian construction environment. "We just haven’t built enough yet," says Gjertsen. "I think perhaps our most important contribution has been to inspire our local collaborators to see their own neighbourhoods in a different way," says Hanstad. "When it comes to Norway, we’ll just have to see."

• Cassia Coop Training Centre is one of the finalists in Archdaily's Building of the Year 2012.
• The centre was also Highly Commended in the AR+D Awards for Emerging Architecture. 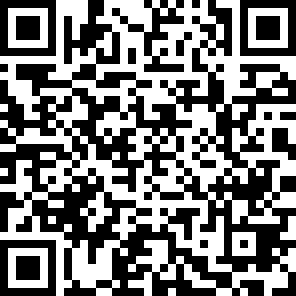 Previous in Working:
Food hall at the Bergen Fish market