The summer house is a place for family and friends to gather. The brief is simple: five bedrooms, living room, kitchen and sauna. The site is a rock shelf, with no vehicle access.

Living space, with the rock face back wall, seen from the first floor gallery.

The living spaces are at ground floor level, with the bedrooms above, connected by stairs and bridges.

The living room lies in the depth of the plan, by the rock, but has a full view of the fjord.

Plunge pool on the terrace outside the sauna.

The laminated timber columns rise from hinged fixpoints in the ground to meet at the top. The angle varies according to the topography.

From the gallery connecting the first floor bedrooms.

No trees have been cut down, just a few branches trimmed to place the bedrooms carefully among the trees.

From the building site: The concrete core by the entrance is the only cast element.

From the building site: Erection of the first floor.

The glass wall in the living room, with stainless steel stanchions. The glass is also fixed at floor and ceiling level, but has no internal supports.

The first floor rooms are supported by beams running in the walls and at parapet level, carried by slanting glulam timber columns, joined at the top. Section, working drawing.

All working drawings are an effective combination of printouts and hand drawing, with details and instructions added after printing. Section through staircase between ground and first floor.

Detail of the glass wall of the living room. The glass is cut into a slot in the rock, and the holes for the stanchions were pre-drilled on site after carefully measuring off a large-scale model.

Detail og junction of glass and stanchion. The glass is just joined with silicone.

This summer house is located on a forested cliff, deep into one of the more spectacular fjords in Western Norway. The project is an attempt to enhance and develop some basic qualities of the site, without destroying anything. The bedrooms are all on an upper level, built as separate small units between the trees, connected by bridges.

The walls of the rooms consist of two sets of parallel beams, with horizontal window bands in between. The first floor has glass walls to the east, south and west. To the north, the existing rock face is incorporated into the room. Thin timber columns completes the structure. The columns are hinged at their meeting with the ground, allowing for adjustments according to the specifics of the topography at each point.

No tree was felled, no rock blasted to make way for the house. 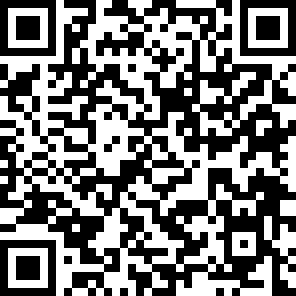